This week saw a lot of smaller additions across many different modules. A short summary of each is given below.

A new AdvancedRails module was created to store all relevant features from AdditionalRails, fixed. This week I extracted the locomotive cart. It was missing a NetworkComponent, adding which solved two issues. Work on joining it with minecarts is still required. 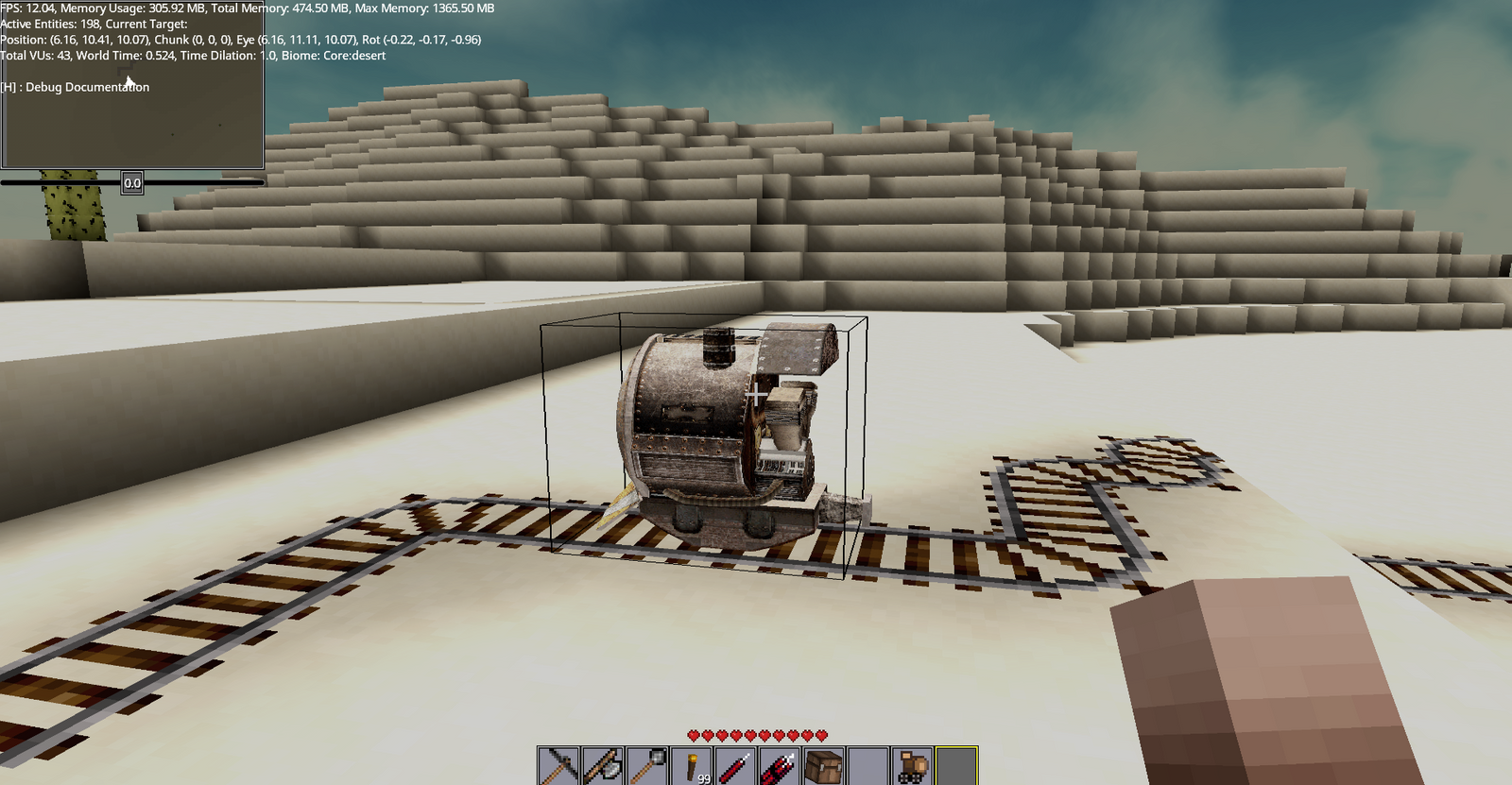 Basic additions were made to the combat system this week. Issue #33 was solved which fixed networking of the quiver UI. Basic pistol and gatling gun prefabs were added and these weapons can now be used in the module.