This week I had to improve roads created last week and lay down rail tracks on them.

Last week's roads severely impacted performance. To get to the bottom of this, I used VisualVM to check which methods were taking the most time. It was Lakes. Unfortunately facet configuration for Lakes doesn't work right now so I cannot disable Lakes. I had to completely remove it from the module.

Another improvement is not connecting every city with every other city. So if we have cities A and B when city C is created, a rail will be laid down from C to either A or B depending on which is closer and not both.

For the actual placement of rails within the road segment, I decided to keep it simple. Rails are only placed on two sides, along the border of the segment, as shown below:

I originally thought of filling segments with gravel and then placing rails on top, but that would again severely impact performance so it is left for later. What I still need to fix are some minor issues at segment borders where rails cannot connect properly. 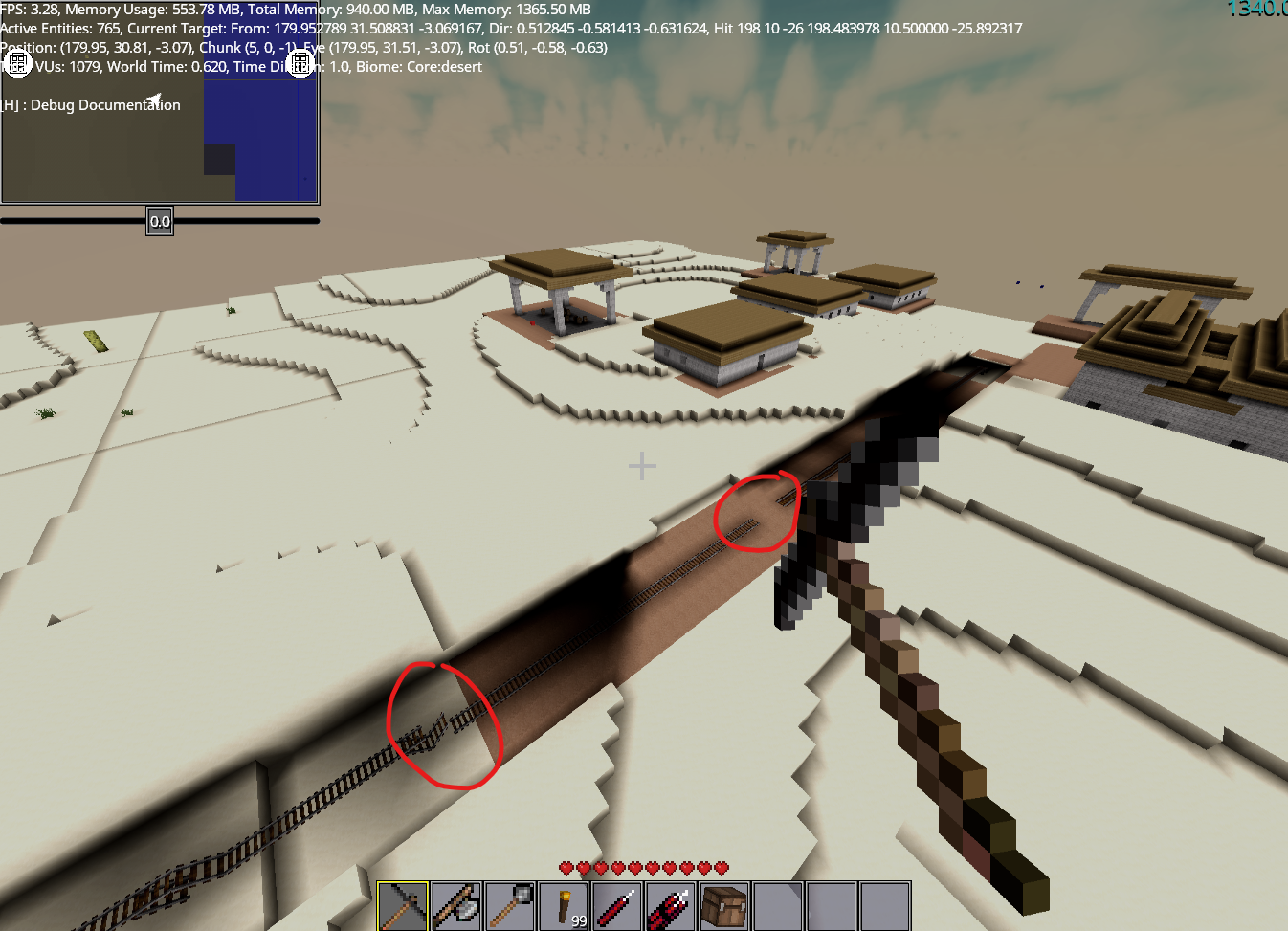