This week saw the implementation of a city and some modifications to the minimap. More biomes and grasslands have been moved to backlog.

Despite making all appropriate modifications to the world generator, I could not get my city to spawn. The problem? DynamicCities only builds cities on grass. I had to remove that condition to get cities to spawn in my desert. The result looks something like this. 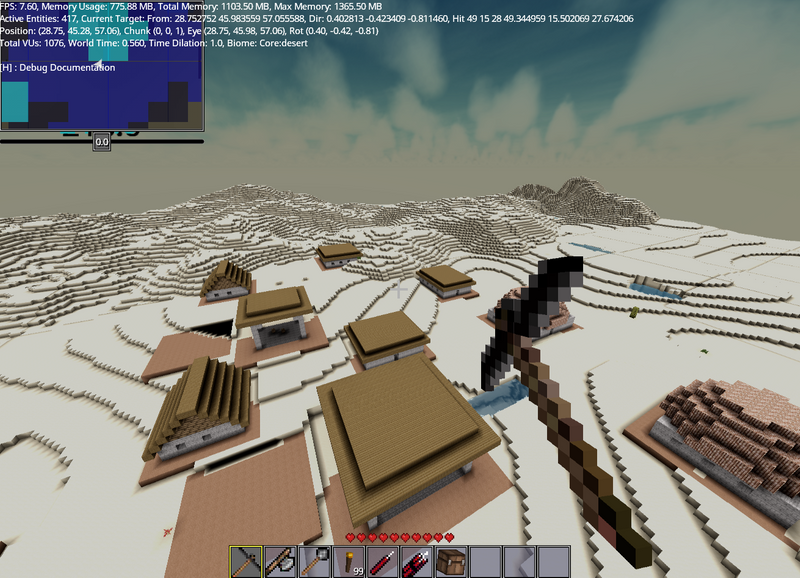 The minimap now shows the centre of the city as well as the districts on it. This was implemented exactly like done for Districts. We now have a CentreOverlay which renders the icon on the map and an AddCentreOverlayEvent which adds it to the minimap. The result looks like this.

What still remains is making the icon hang around the border of the map when the city moves out of view. While not really essential for the project, it would make navigation much easier, especially in case of the default PerlinFacetedWorldGenerator bundled with DynamicCities.

What now remains is a bug in the marketplace dialogue UI which can be fixed while I implement trading. In the coming week, I will move on to improving Rails.
So by the next meeting: